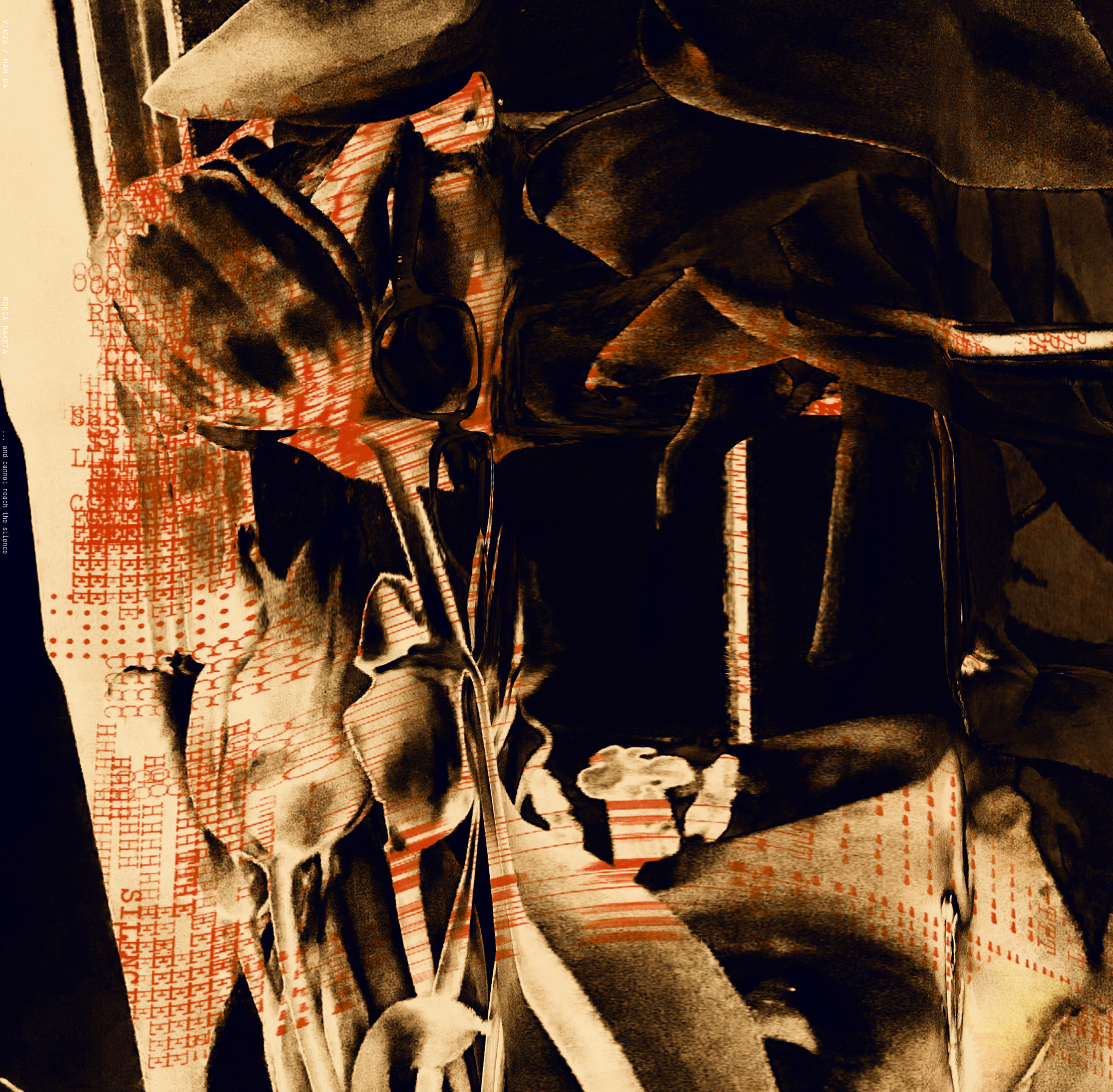 1 THE NIGHT IS SPILLING ACROSS THE ROOM..
2 ..LIKE GASOLINE
3 WAITING IT OUT

Rdeča Raketa (Red Rocket) is the electronic music duo of Maja Osojnik and Matija Schellander. Their new project …and cannot reach the silence deals with the current world of misunderstandings, communicating past each other, willingly and unwillingly overlooking or ignoring each other’s meanings via various fast-paced forms and platforms of communication; and, with that, the tightening of incompatible parallel »realities«. It explores forms of violence; physical and verbal, external and self-inflicted. It explores forms of power; the dangerous thin line between giving power to and giving power over oneself, and forms of subjugation and addiction on both societal and, more significantly, on interpersonal levels. »... Look at us! Beasts, bottomless pits, never to be full! To be fulfilled. Glued onto each other in sweat, a never-ending pain and evenly spread, at all times...«.

In those dark, dystopian lyrics, full of questions, such as, »What is being said and what stays unspoken? Who does it refer to? Who is protecting whom? For what reasons? Who is being addressed or what needs to be considered?« the wish, the need and the struggle for self-empowerment, honesty, love and reconciliation is exposed or, at the very least, nourished.

The LP will be released via Ventil Records in 2021, followed by a special edition on Maja Osojnik’s own label Mamka Records.