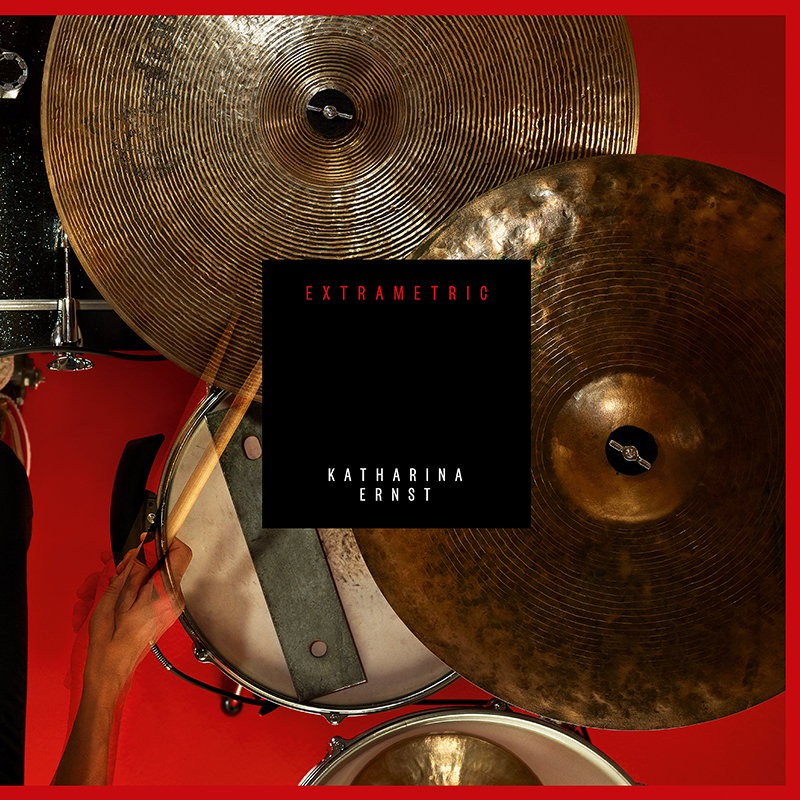 All tracks composed, performed and produced by Katharina Ernst.
Mixed and mastered by Martin Siewert.

Multidisciplinary drummer and artist Katharina Ernst unites abstract composition and polyrhythmic solo performance on her absorbing debut solo album, »Extrametric«. The basis of the recording initially comprised drum exercises requiring deep concentration to propel separated elements forward into richly patterned grooves. »Extrametric« is the result of a long-lasting process of personal focus - the oldest rhythm on the record dates back a full 7 years - Katharina Ernst having dedicatedly refined her practice to focus on unusual structures and polymetric beats. The resultant performances reveal hitherto unexplored rhythmic layers. Tellingly, the artist refers to these pieces as études - musical ‘studies’ - describing the album as based more around a concept than any musical genre.

Alongside her drum set, Katharina Ernst employs various drum synthesizers, gongs, tam-tam, myriad small percussion, plus an amplified kalimba via guitar effect pedals. Furthermore, the music is playable live, solo, and miraculously without the use of playback. The breadth of sounds on display is bewildering for a solo drummer - distorted melodies weave their way around jagged snare drum hits, while vibrant tom fills scurry elsewhere around hefty blowouts of monstrous distortion. On the album’s 8-minute centrepiece, a cavernous lattice of gong notes slowly collides to gain a creeping colossal power, taking rhythm far out beyond the confines of more standard beats.

The possibility for listeners to take what they want from polyrhythmic music is keenly courted on »Extrametric«. Katharina Ernst suggests listeners can dance along at different tempi (according to which rhythmic layers they choose). But the implications of the music go beyond testing our perceptions of complex and chaotic musical systems. »Polyrhythms are an interesting political issue,« says Ernst. »Several different patterns/activities are going on at the same time with and/or without interfering; without any of them being superior.«