Stephan Blumenschein
HMM... 1, OR 2 OR SO METRES. INSIDE. 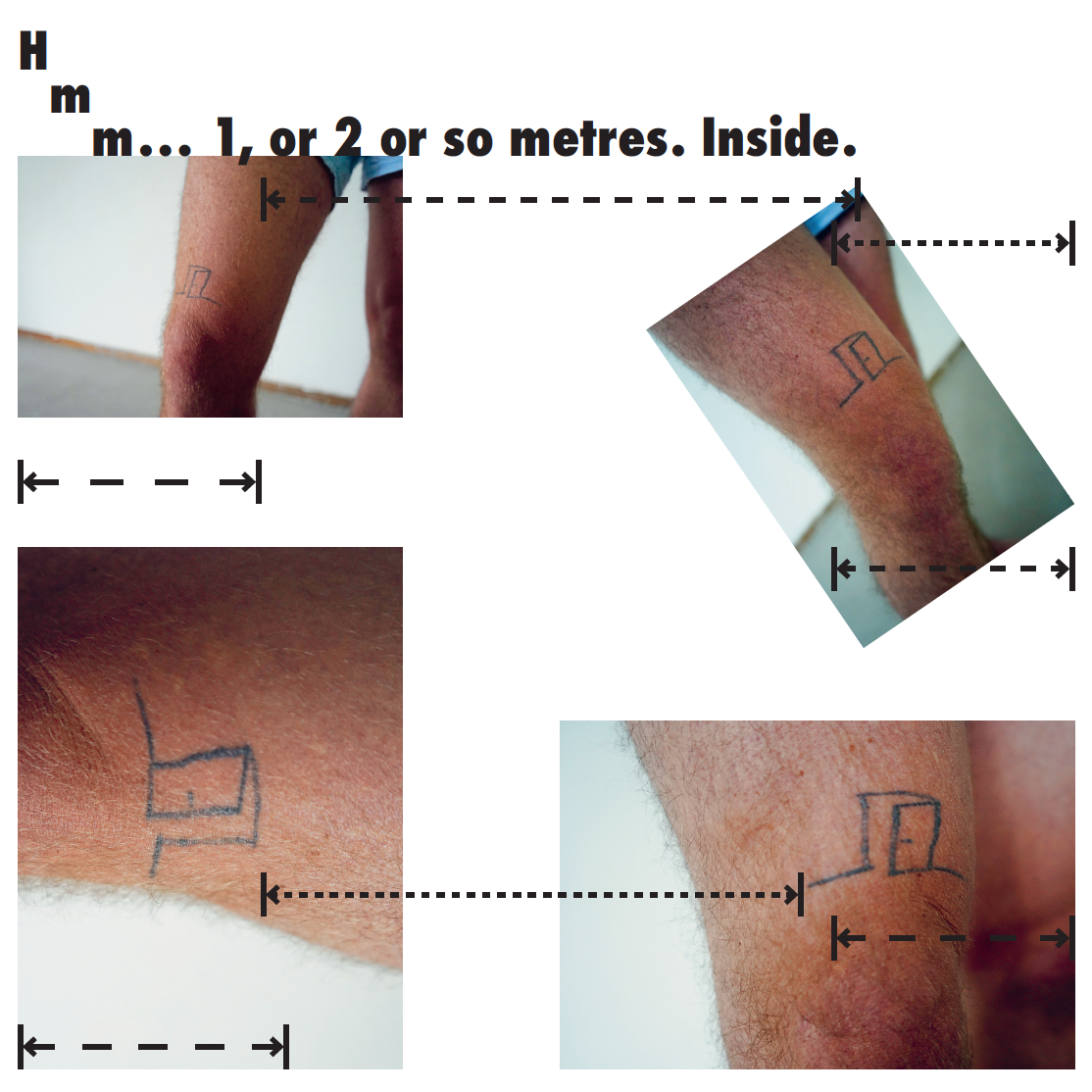 Hmm... 1, or 2 or so metres. Inside
was made for the exhibition: »Upon arrival and during our stay; leaving, leaving and leaving again« at P/////AKT, Amsterdam September 2020.

Stephan Blumenschein is a visual artist, who lives and works in Amsterdam.  He approaches sound and music from a visual artist's point of view, though, if one were to expect that everything here would be about abstraction, reduction or deconstruction, one would be completely wrong. It is also not about noise or being radical. Rather, Blumenschein’s music seems to be an excursion about spaces, or about giving sounds a certain place. In fact, when listening to this heterogeneous work, one has the feeling of moving through a landscape of differently designed rooms.

Thanks to his autodidactic approach, Blumenschein creates songs more like one thinks of interior design - and he approaches it through the timbres and above all through the interaction of the musicians*:  The drums/percussion are set with high rhythmic and dynamic precision by the Viennese local hero David Schweighart and Christoph Hehn, while Susanna Gartmayer's bass clarinet illuminates and explores corners that one would not expect in song structures. This is precisely what transforms the often simple musical structures into exciting gems. Sometimes tracks like »playing tag« remind of Moondog-ical digressions or a Kate Bush track that got stuck in the right moment (»a numb tongue«).

What is decisive is that Blumenschein manages to give the sounds or melodies an exciting place without making them obtrusive - he rather points towards the relationship between sounds. Even the spoken text piece – an intimate portrait of a character -, serves rather as a signal in an acoustic space that was conceived solely for it. The album-cover, designed by Blumenschein and Bram van den Berg, depicting a sketch of an opened door tatooed just above the knee, and showing different perspectives of the two legs, indicates that this music might be about movement. A slow and not too wide or difficult one, but one that becomes beautiful when being done concentrated. Moving, through a door, into a room. Or several rooms. Rooms that might just be your body.