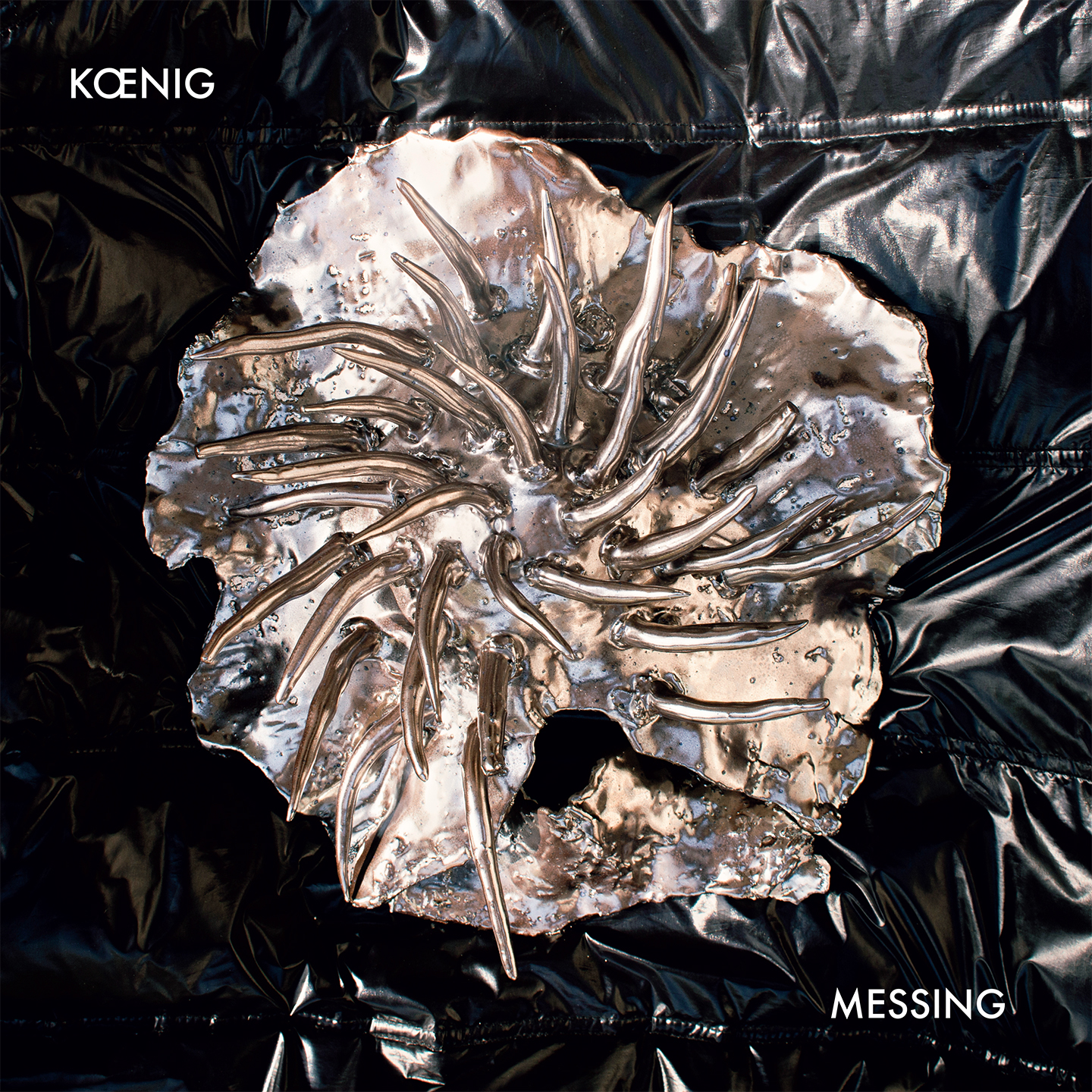 »MESSING« is the German noun for brass, a metal that is a component of percussion cymbals. Messing/brass is the cheapest metal alloy for cymbals. Therefore it is easily deformable and bendable.
»MESSING« as an English verb which describes a chaotic handling.
Not chaotic at all is Lukas König's impressive sound study presented here. The internationally acclaimed drummer concentrated only on a single cymbal (brass plate) as a sound source, messed around with it and therefore discovered new possibilities for sound developments. According to Kœnig, this reduction in means can be attributed to the loss of his rehearsal room and additionally to an acute lack of space, which is also connected to his constant commuting between New York and Vienna. The warehouse was converted into a quiet rehearsal room, where he explored his dexterity on the cymbal and its tonal characteristics using contact microphones and headphones, and perfected his technique to this end. And this reduction of means bore fruit.

In the studio, in intensive cooperation with producer Nik Hummer, various microphoning and amplification techniques were used, in some places the metal sound is supplemented and filtered by Hummer's modular synth. König composed tracks with complex but always driving rhythmic patterns, whose raw- and directness give them a unique aesthetic, an extraordinary punch and also a special acousmatic charm. The pieces oscillate between abstract sound fields (Hot Springs) and more catchy, groove-based pieces. Three times he has them supported by vocalists*, which gives the tracks featured by Elvin Brandhi (track 2) and Coco Béchamel (track 7) a riot character and a decidedly political dimension. On track 4 (Mr.Kiwi's) the New York based rapper Sensational is featured.

»MESSING« by Kœnig is a courageous statement that rejects straightforward pop and instead shines with artistic freedom and the will for change. The metal, the brass, always reverberates, at times mercilessly pounding on us, driving us forward, resonating. An artistically valuable and independent work by one of the most remarkable drummers of these times.