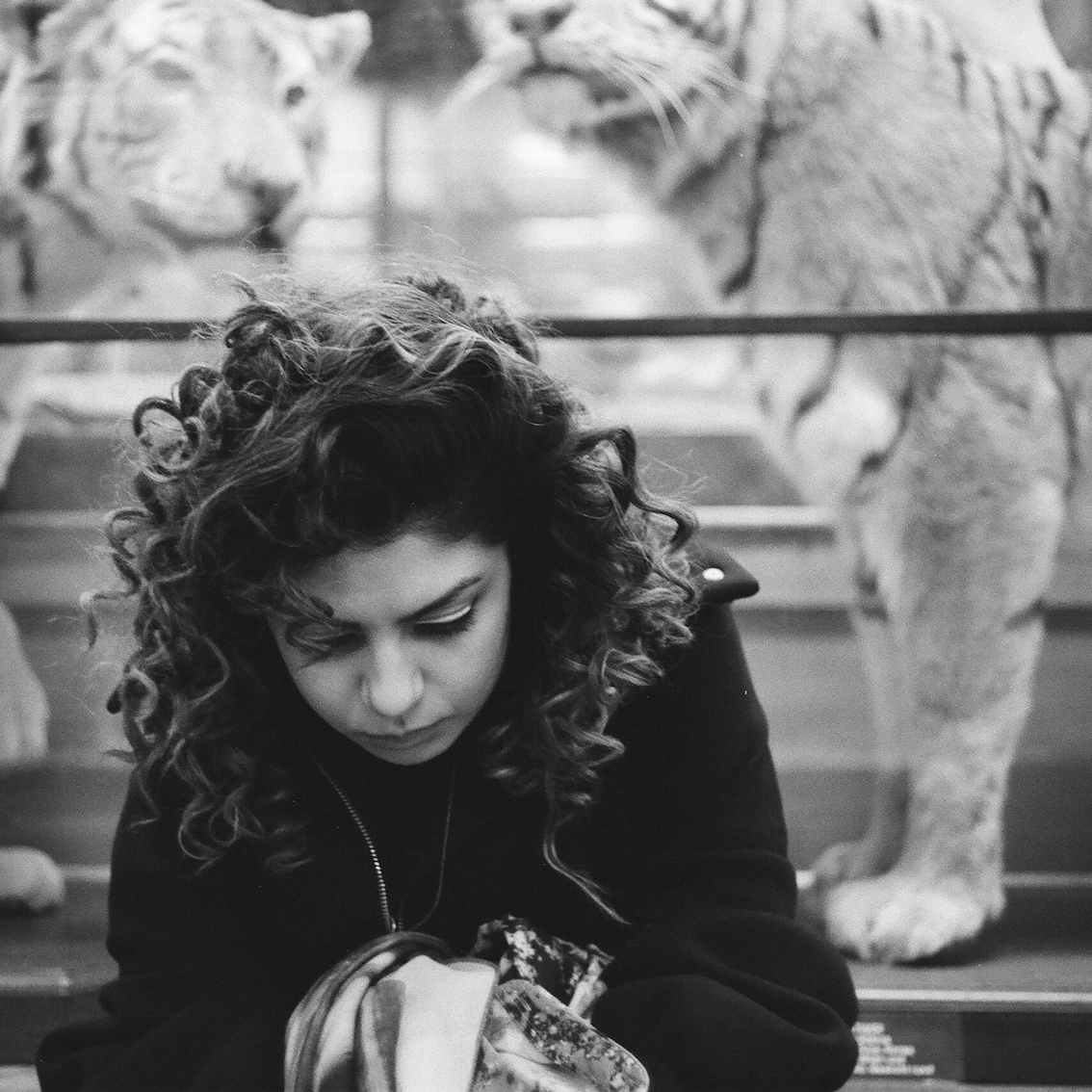 1 MOSS GREW
2 IN THE CORNER OF TIME
3 WHERE SPACE PASSES BY
4 YOUR MIRROR STAGE WAS SPOTLIGHTED
5 IT MADE YOU BLIND
6 WHITE SHEETS HIDE
7 MOSSES AND THE DUST OF TIME
8 IN YOUR BODY, IN YOUR HOUSE

Rojin Sharafi is available for interviews via phone, mail, skype,... and in person.

PRESSTEXT
Rojin Sharafi is a sound artist and composer of acoustic, electro-acoustic, and electronic music. Her music crosses borders of different genres and keenly grabs from many musical buckets such as noise, folk, ambient, metal, and contemporary music. Her recent album Urns
Waiting To Be Fed debuted in September via Zabte Sote / Opal Tapes labels and reviewed by The Quietus as »the unexpected« and „one of the most ecstatic and fiercely original hours of
music«. Her new album »KARIZ« will be released in September 2021 via Ventil Records.

She has performed in festivals such as SET x CTM 2018 in Tehran, Unsafe+Sounds 2018, and Hyperreality 2019 both in Vienna. In addition, her work has been presented internationally in cities like Basel, Berlin, Gent, New York City, and Washington DC. In 2019, she
was invited as an artist in residence at Gouvernement in Belgium and in 2020 she will begin a new residency through Space21 and Borderline Festival in Athens and Kurdistan. She was awarded the 2018 Austrian female Composers prize at Wien Modern Festival.
Rojin Sharafi is academically pursuing her masters in sound engineering and composition at the University of Music and Performing Arts in Vienna where she is delving into a deeper research in digital music performance.