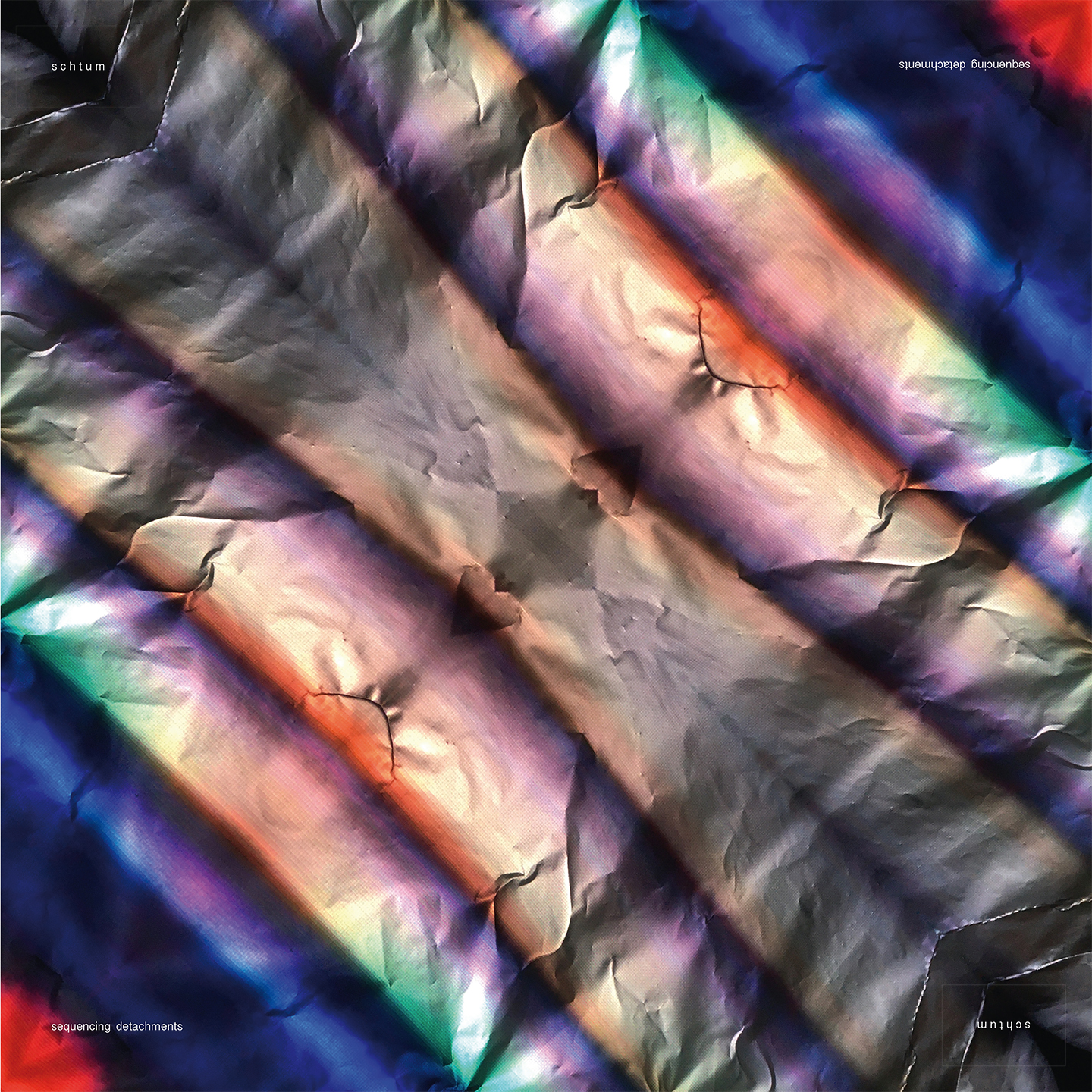 On the new album »Sequencing Detachments«, the Viennese duo schtum transforms elements of electronic dance music into detailed, oversized sound close-ups.
Through repetitive structures, layers of sound eventually detach themselves, thus developing a life of their own,
leaving behind an abstract impression of emotional depth.

schtum continue the minimalist approach of their debut "Feed" on this new release: All sounds on the album are generated with signals from guitar, bass and a bass-drum-module fed through effect pedals.
Viennese musician Asfast was once again involved in the post-production.

Several video works will accompany the album, one of which shows a collaboration with Marin Alsop, chief conductor of the Vienna Radio Symphony Orchestra, another shows a growing cress seed, and another an improvisation in the huge metal storage basin of the Vienna water tower.  → schtum youtube channel