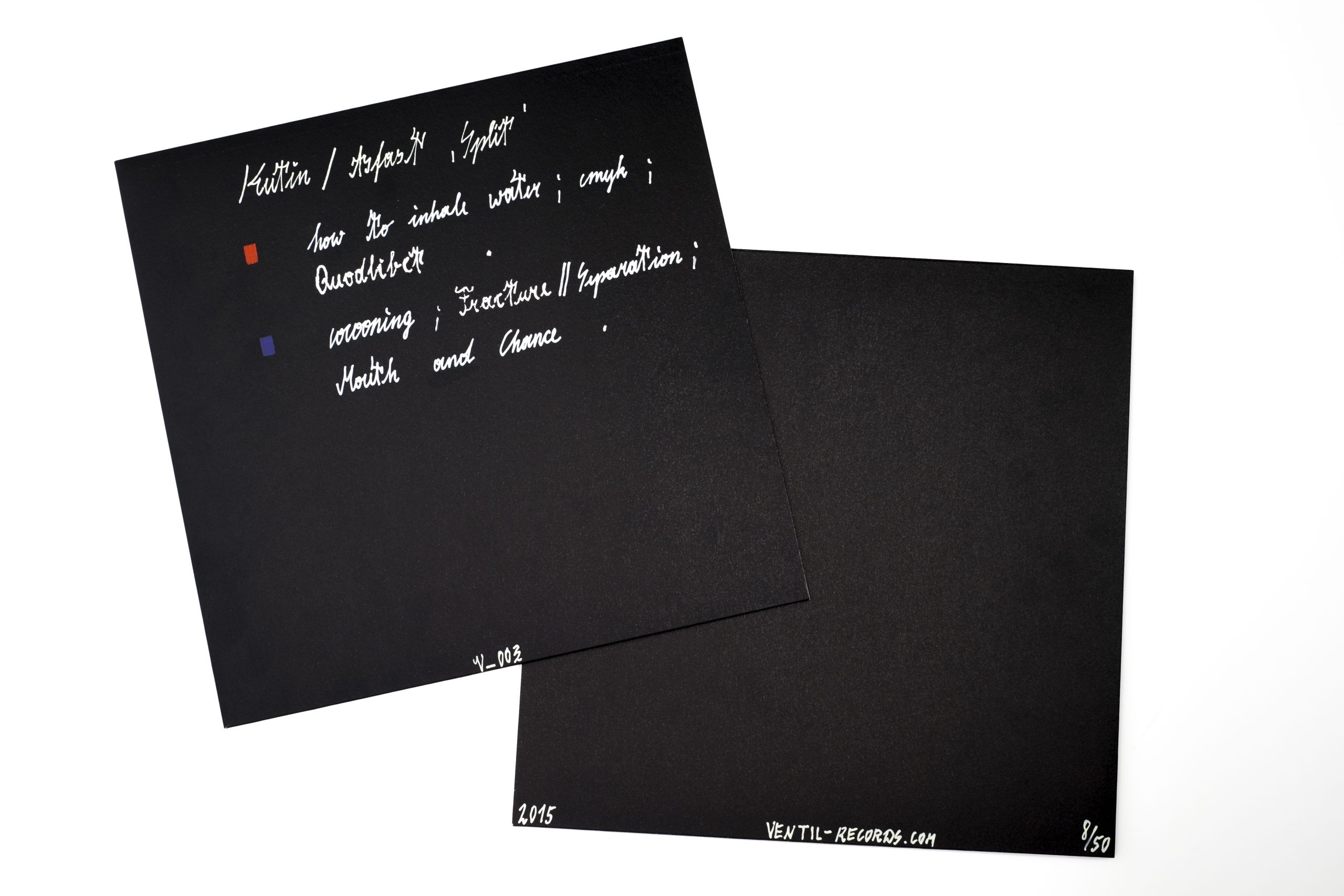 available as limited edition of 50 handpainted or 200 standard LPs

Ventil record’s third album release SPLIT is the combined efforts of two Vienna-based producers. The record starts with three tracks from 24 year old Asfast, who carves his sounds with high precision and prominence, creating minimalism with maximum efficiency and power. Following are three tracks by Kutin, whose music is described as ‘undeniably effective’ by the Wire magazine. He sets off dark and brutal, but offers an enlightened richness of ear-thrilling sounds and arrangements in a surprising turn of the record’s direction. Together, Asfast and Kutin have created a powerful, clever and unique release that will throw you off balance as much as it will embrace you.