Schrecken | Peter Kutin
THE TROUBLE WITH BEING BORN 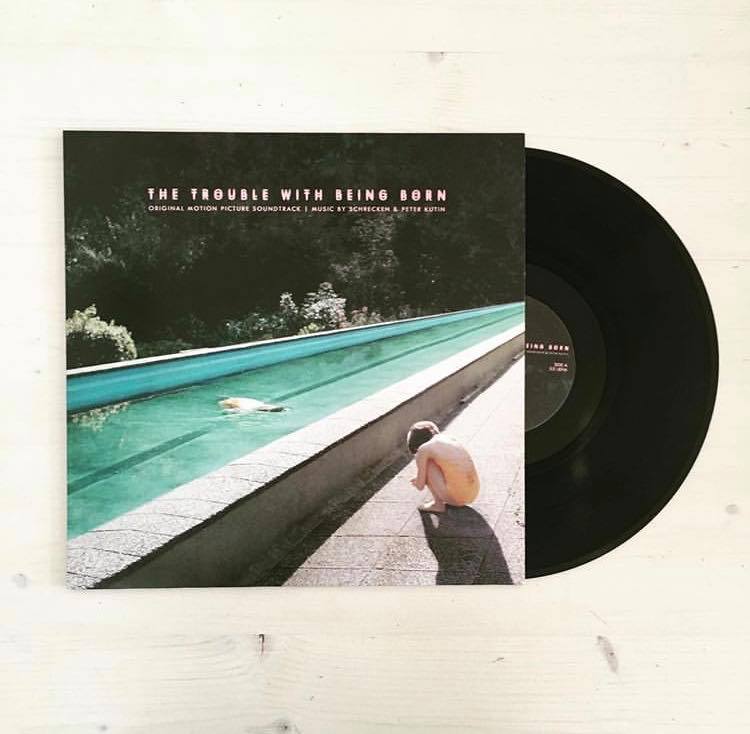 David Schweighart (aka  Schrecken) and  Peter Kutin have contributed the original music for Sandra Wollner's latest feature film - The trouble with being born - which had it’s world premiere at the Berlinale Filmfestival 2020. This original soundtrack is available as an LP and in all common digital and streaming formats (with two more tracks included in the digital version). Multiinstrumentalist David Schweighart composed singersongwriter material in his well-known quality and virtuosity, confirming his status as one of Vienna’s top-secret songwriters. The lyrics always refer directly to the theme of the film. If you have seen the movie, you will be able to hear and understand the lyrics quite differently - then the mood suddenly darkens and a previously cheesy love song suddenly becomes a horror vision. Peter Kutin, whose works and compositions often combine several media branches (he is the winner of 2019’s Golden Nica for Soundart at Ars electronica Festival) composed abstract and detailed electronic sound-worlds and sequences. Kutin puts the focus on the timbres and the sensuality of sound. Only rarely and for short glimpses he makes use of harmonic figures. Detached from the image, these tracks unfold an idiosyncratic aura and an elusive vortex.

In direct collaboration the duo created tracks that manage to connect both of these sonic-worlds in a miraculous way. Already the opening track sounds embracing and strange at the same time, whilst The Void opens an industrial field.  In general this soundtrack lives from the interchange of experimental electronic music and classical song structures. The songs appear like islands to hold on to, in a world that has become difficult to grasp. And they appear only to be broken again. In a film about 'the disappearance of reality, about memories which are the only things to grasp on, about troublesome relationship...unsettling as any sci-fi tale should be' (Carlo Chatrian, Festival Director Berlinale), this seems only too conclusive.

Despite the heterogenity of the material, Schrecken and Peter Kutin managed to compose a coherent and multi-faceted concept album. And like any good soundtrack, the music will gain quality once you have seen the movie.